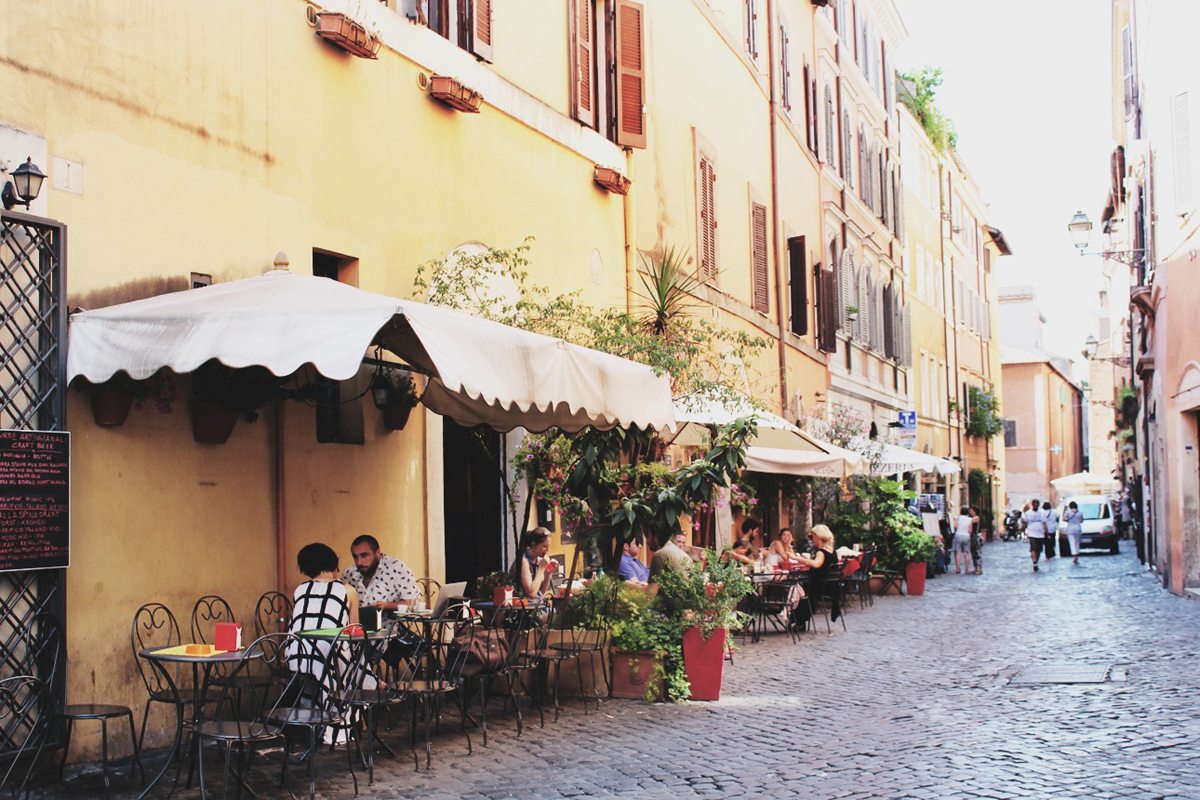 A couple of years ago, my sisters and I went out to dinner together and the waiter called us Sister A, B and C and ever since then, it has stuck. This hilarious whatsapp group chat I had with them whilst I was in Rome summarises how I felt about the “eternal city’s” ancient charm and the sweltering heat we experienced whilst being there. 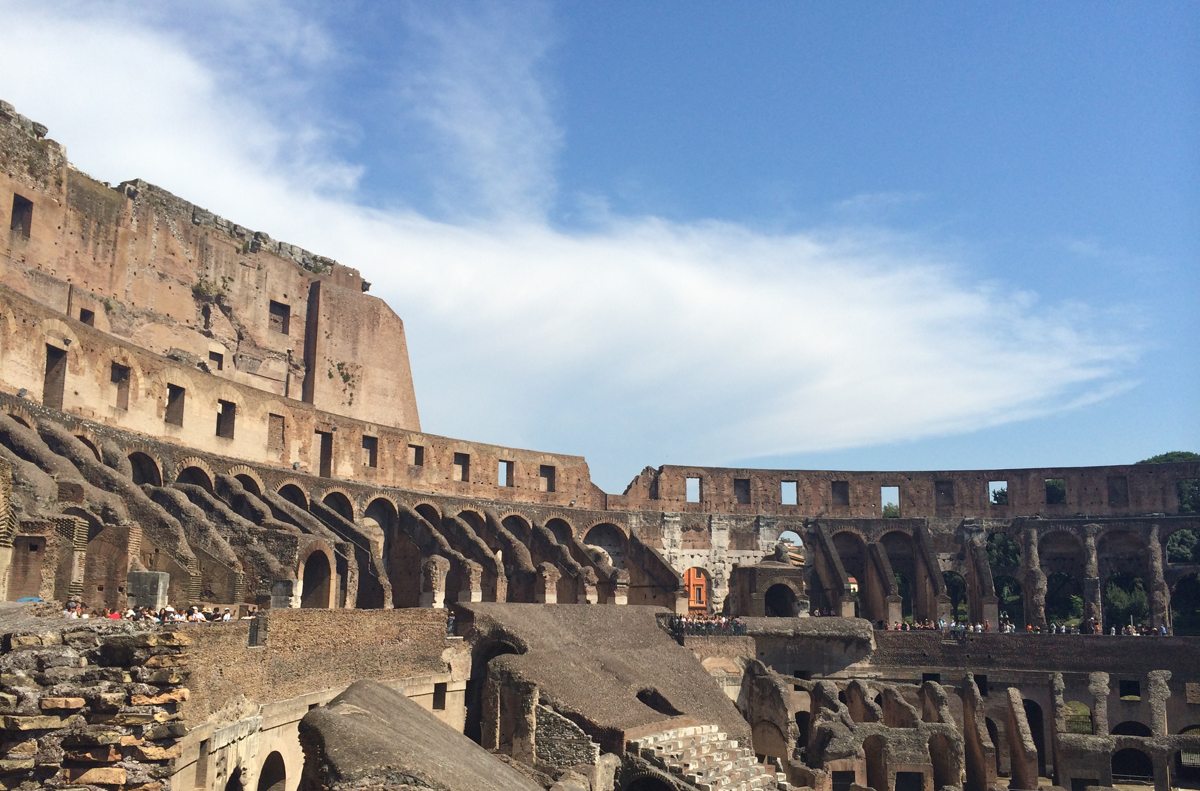 Sister B: “T. How you liking Rome? All I recall was extremely chic people and not in an effortless way and incredible heat! Small roads, bad parkers, little cafes, everything seemed so small and dainty – a bit like Barcelona – I knew I couldn’t live there. I don’t like delicate cities. Rome isn’t that bad though, but don’t you think it’s a bit too… rustic?”

Sister C: “I also remember it being rustic and ancient. Struggled to find wifi”

Sister A (me): “It’s bloody rustic and hot as hell. Zero well dressed people in my opinion. The neighbourhood we are staying in isn’t so touristy, but this place is not as magical as Prague. It’s one big ancient ruin.”

Sister B: “That is the best description of Rome ever overheard: one big ancient ruin”

Sister C: “But it’s kinda magical to have all those buildings and structures as your constant city urban landscape and know just how old they are”

Sister A (me): “It’s magical from a historic point of view for sure. I was excited to be there because I finally got to see all the things I learnt about in art history. Lame. I know”

Sister B: “That’s not lame. That’s cool! That makes the city more beautiful for you I think!” Especially cos you have that academic background so you are more appreciative of the narrative”

As “one big ancient ruin” Rome’s charm is indeed in the fact that a modern day city has been built around these miraculous ancient ruins. People drive past the Colosseum on the way to work or live a block or two from the Pantheon, which if you think about it; is pretty incredible and amazing. 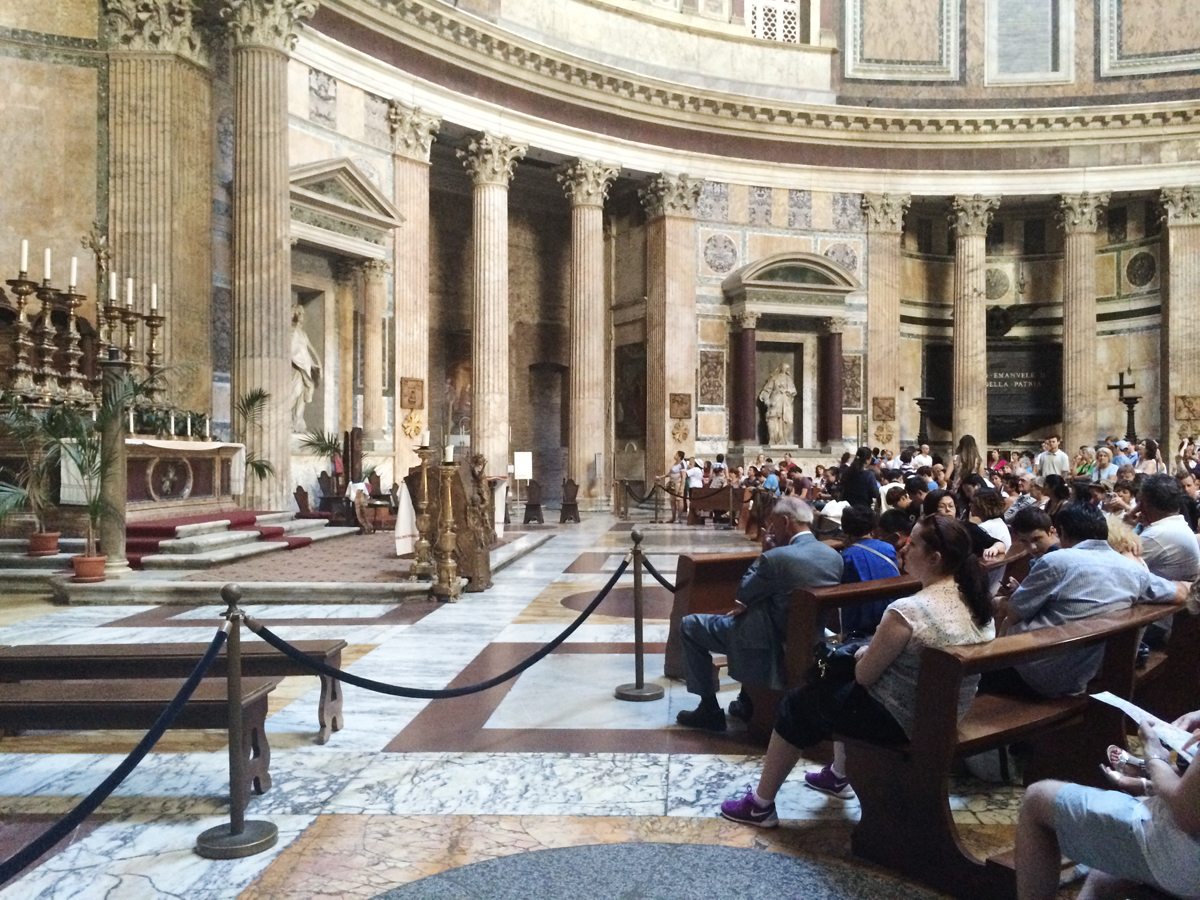 Rome in flash. Some tips to consider:

If you use one of those tourist bus things that offer the hop on hop off facility, start your day early, especially when going to see sites like the Vatican City and Sistine Chapel. It really sucked to have to rush through it with all those masses of people.If there is a reason to go back to Rome during off peak season, it would be to experience that without all the people.

Spend a little bit more and pay for the skip the line access. Standing in a queue sucks. Period. Even when I vote, I go at night so that I don’t have to stand in a queue.

If you book the hop on hop off version where you have 48 hours to see everything – use the 48 hours because there is a lot of traffic in good ol’ Roma and it is really hectic to try squeeze all the sites into one day.

It’s hot in Rome over July and I have no tips for you on how to combat that.

Don’t be sad if you get to Trevi Fountain and it is empty. Apparently they do this on really hot days, otherwise the fountain gets filled with homeless people trying to cool off. 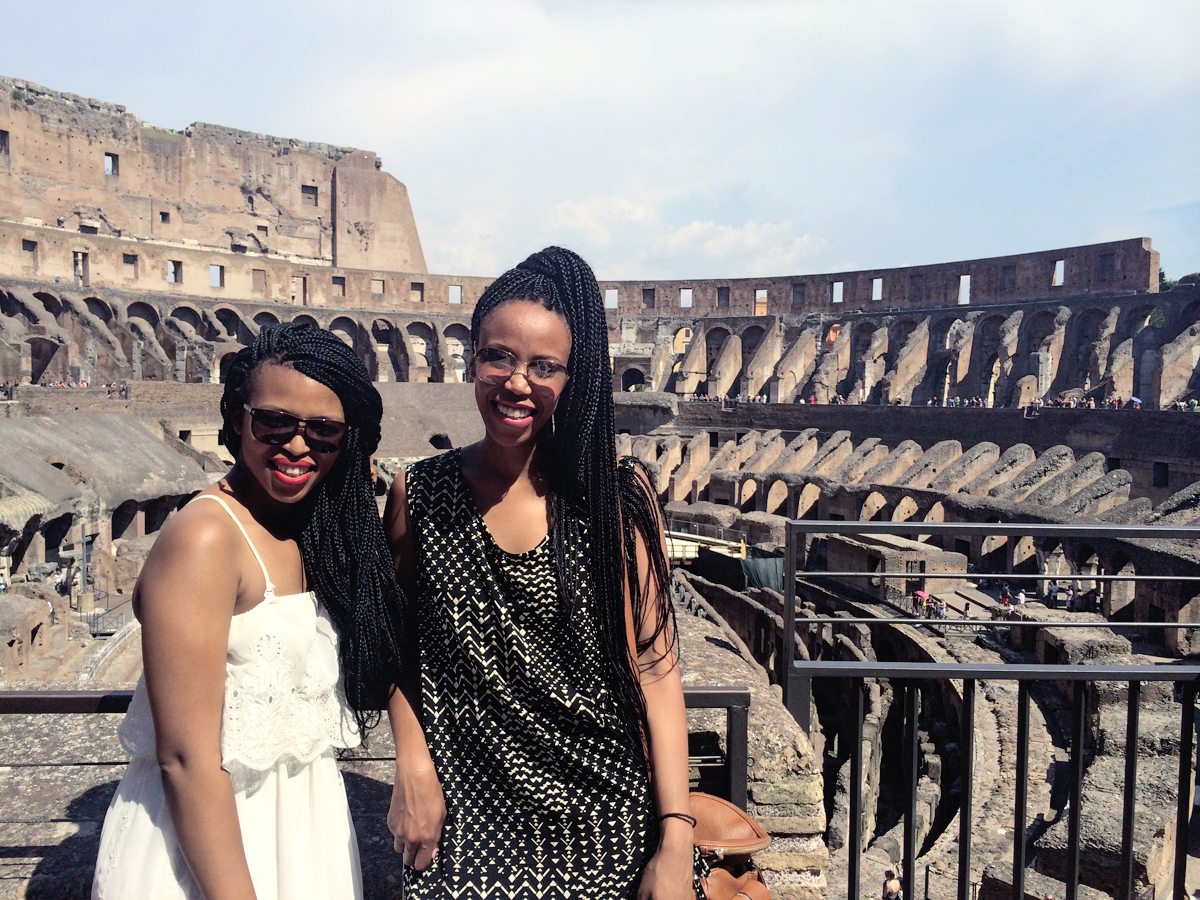 Where to stay… Consider… Trastevere

One of my favourite days on our trip to Rome was when we used one of our “rest” days, which is code for “post up at a bar or restaurant and drink” day to explore Trastevere the neighbourhood we were staying in.  A former working class district and located across the Tiber, Trastevere offers a  less crowded and touristy experience of Rome and an intoxicating nightlife which sees the cobblestone streets filled with people till about 4am in the morning.

With less mainstream tourist attractions like the 12th century Basilica di Santa Maria, this charming medieval neighbourhood is filled with interesting things to look at around every corner and we were lucky enough to stumble into great restaurants without even trying.  On the specific day I began my post talking about, we walked through and up the cobblestone roads and alleyways of Trastevere, Rome stopping at Palazzo Corsini: a palace which is now a gallery filled with a collection of antique art by Titian and Caravaggio, ventured through Orto Botanico and took the long long long walk to Giancolo – the eighth hill of Rome, where the Garibaldi statue is located and an amazing view of Rome can be experienced. 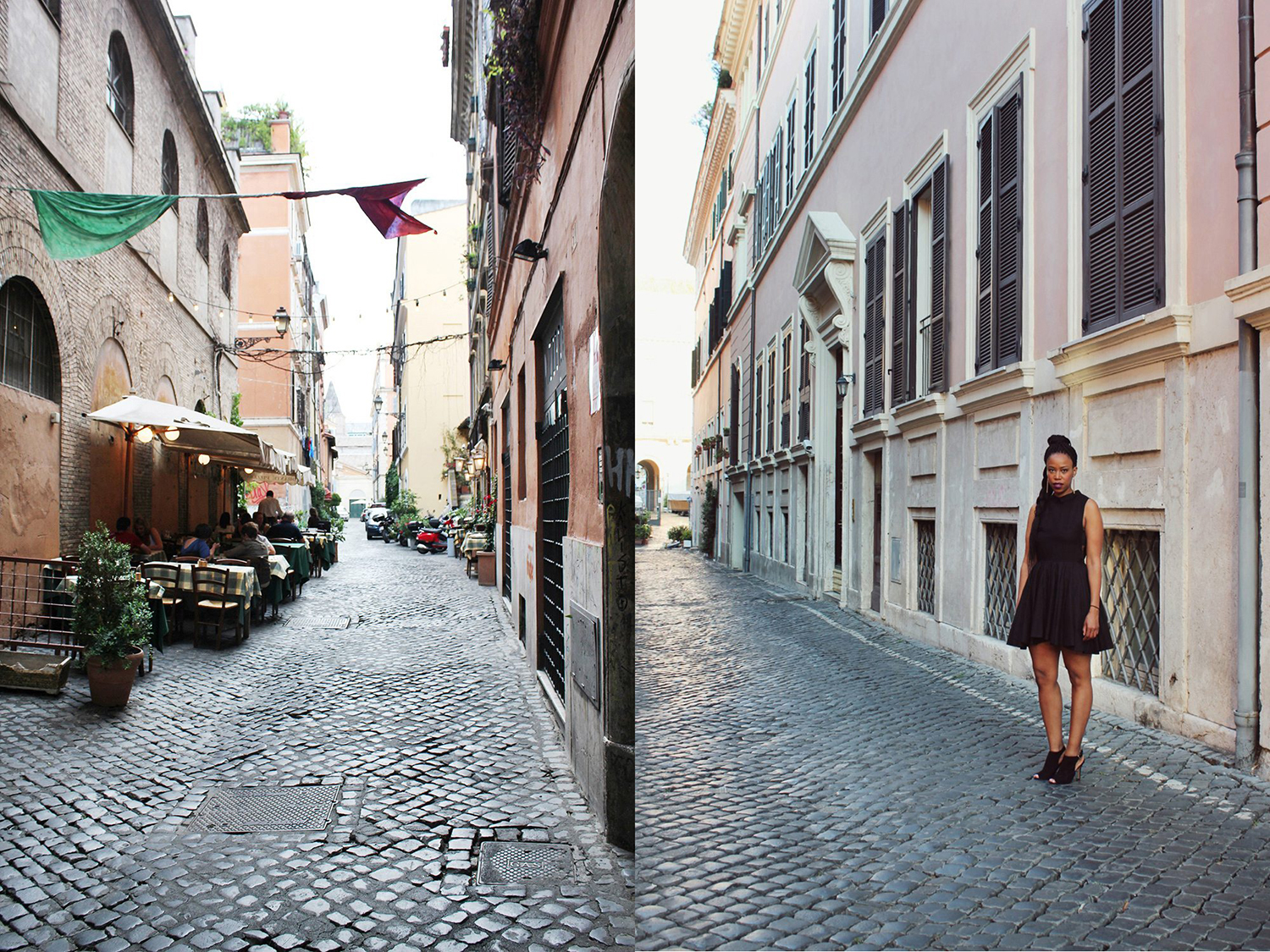 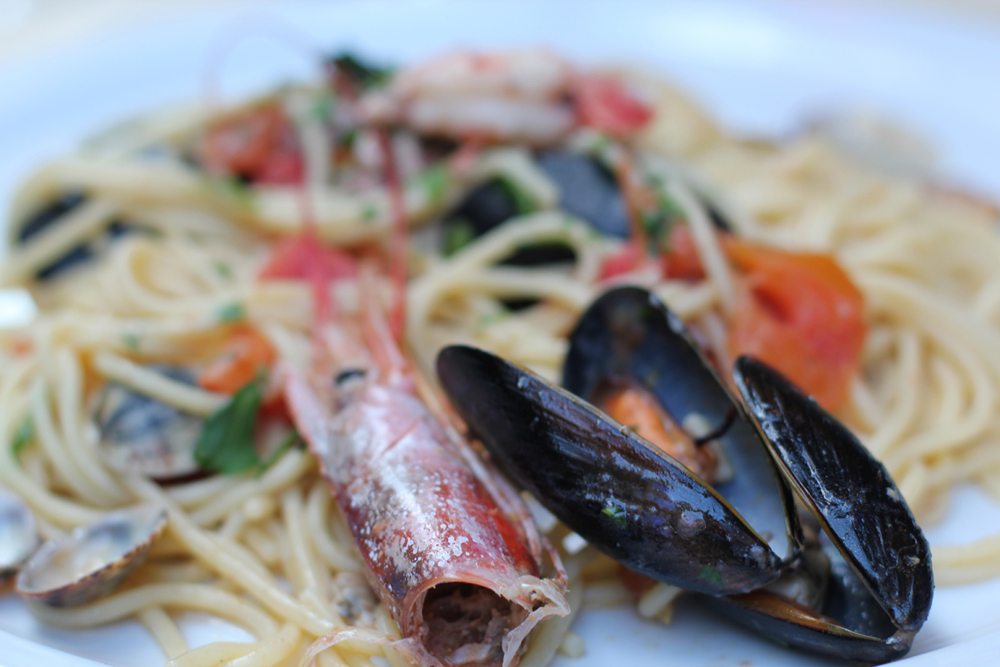 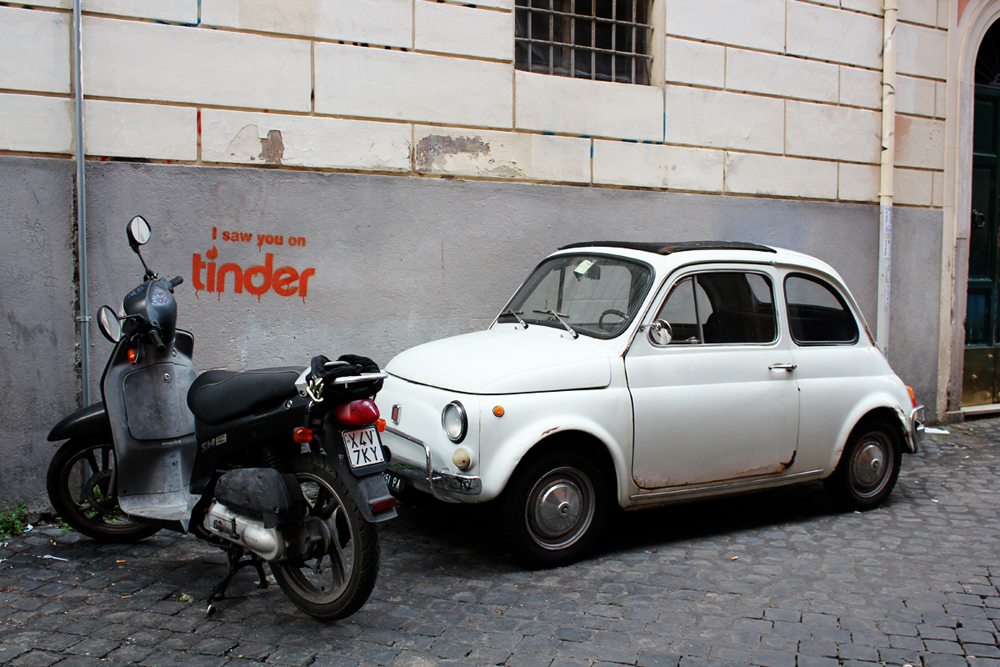 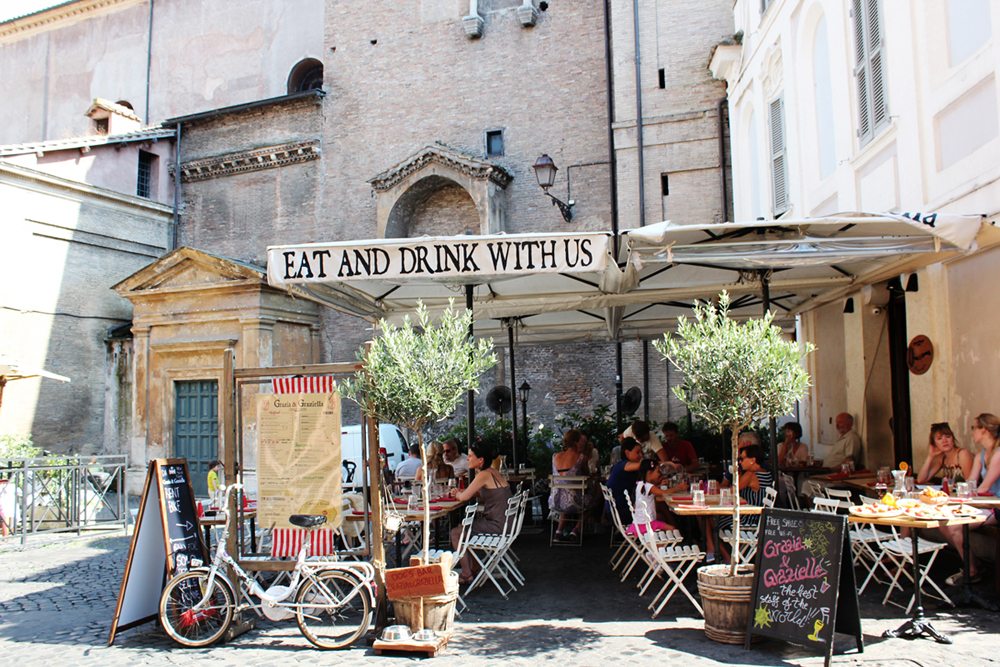 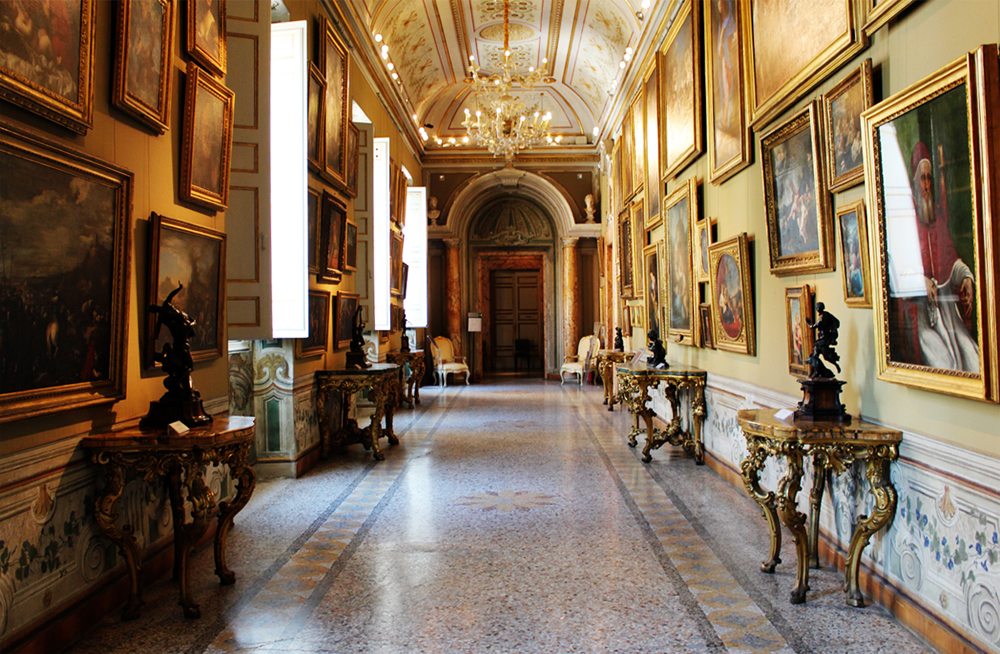